What Is the Most Common Collision Between Cars and Motorcycles? 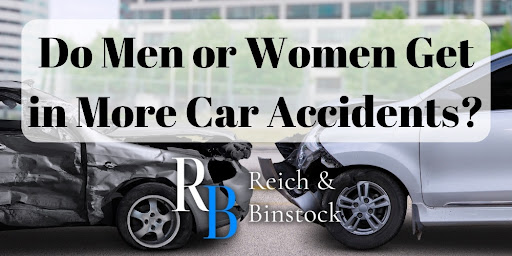 Is Texas a No-Fault State? What Is the Difference Between Interstate and Intrastate? According to the National Highway Traffic Safety Administration (NHTSA), rear-end accidents account for approximately 29% of all crashes that result in severe injuries or deaths, making rear-end collisions one of the most common types of car accidents in the United States. While it’s easy to think of a rear-end collision as a typical fender bender, these types of accidents can have some very serious consequences, especially when speeding is involved. If you were involved in a rear end accident that wasn’t your fault, or if a loved one died from a rear-end collision, then you may be able to recover compensation for the damages sustained as a result of the car accident. An experienced Houston rear-end collision attorney from Reich & Binstock will fight for you and ensure that you receive the best possible outcome in your case. Call us today at 713-622-7271 or fill out our online form to schedule a free consultation.

What is a Rear End Collision?

Rear-end collisions are the most common types of auto accidents. Rear-end accidents happen when the front bumper of one vehicle collides into the rear of another vehicle. These types of accidents may occur as a result of a driver’s intoxication or distraction, adverse weather conditions, etc. Most rear end collisions, however, are primarily caused by negligence.

When a driver fails to stay at least a car length behind the lead car or doesn’t break fast enough to avoid a rear-end crash, he or she is responsible for the crash. Therefore, the driver’s insurance company is responsible and liable for the costs associated with the rear-end crash. A variety of factors can cause rear end crashes including tailgating, distracted driving, quick changes in speed, bad weather, and mechanical problems. Drivers involved in rear end accidents can suffer countless injuries, ranging from minor cuts and bruises to serious injuries, such as broken bones or brain injuries.

Listed below are the most common injuries sustained from Houston rear end collisions:

Whiplash injuries are the most commonly suffered injuries for rear-end collisions. Whiplash is a result of the head and neck violently moving forward and backward. Common symptoms include neck soreness and pain, dizziness, headache, loss of range of motion in the neck, tingling in the arms, and more. With proper treatment, whiplash patients can recover within a few weeks. However, some whiplash patients have long term pain and complications.

Even the most minor accidents can cause serious back pain and injuries. When one car collides into another, the force generated can compress the discs and nerves in the spinal column. The most common back injuries from car accidents include:

Airbags can reduce the chance of death from a car accident by up to 52% according to the IIHS. But because airbags can deploy between 15 and 20 miles per hour, drivers and passengers can still suffer some pretty brutal airbag injuries including:

Out of all the significant injuries, paralysis has to be one of the hardest to live with. There are many different types of paralysis, including:

Traumatic brain injuries (TBI) are a common serious injury associated with car accidents. A driver or passenger can suffer from a brain injury if they violently hit their head on the steering wheel or against a window, for example.

Similarly to airbags, seat belts are crucial for saving lives. In fact, the CDC reports that seat belts reduce the risk of death in a car accident by 45%. But seat belts can unfortunately cause some pretty severe injuries in the process of saving your life, including:

Drivers and passengers who survive rear end crashes often suffer extensive facial injuries from hitting the steering wheel or getting struck with glass. These injuries can include severe bruising, a broken nose, a broken jaw, and even detached retinas. Proving fault in a crash basically means that a Houston car accident lawyer has to prove that the other driver was negligent. Rear ended accident lawyers generally do this through proving the elements of negligence.

Is Fault Automatic in a Rear End Accident in Texas?

Fault is not automatically assigned in a rear end collision in Texas. While the back driver is generally to blame for tailgating or driving while distracted, the front driver can also be at fault. Other possible contributors to a rear end accident can include another car, a pedestrian, or even poor road conditions.

Texas as an At-Fault State

Texas is one of 38 states that is an at-fault state. In Texas, the tort responsibility system states that the driver who caused the crash is legally obligated to pay for the other driver’s injuries and vehicle repairs. If you’re not at fault, this will spare you the headache of filing a claim and paying a deductible with your own insurance. You can also sue the negligent driver for fair compensation if they are unable to meet the price of your damages.

Not only is Texas an at fault state, it also has a negligence rule called the 51% bar. A driver won’t be compensated if they were 51% or more at fault for their injuries or losses, according to the ruling. So if you were somewhat to blame for your rear-end car accident but the percentage of culpability is less than 51%, you may still be eligible for compensation.

When Is the Front Driver Held Responsible for a Rear End Accident?

The back driver is usually at fault for rear end accidents. But depending on the specifics of the car accident, the front driver can be at fault sometimes too.

These situations may shift blame from the back driver to the front driver:

If you suffered severe injuries or car damage as a result of a rear end accident, you may be eligible for damages. How much compensation you’ll receive for your injuries depends on how extensive the physical and property damage is, as well as how experienced your Houston car accident lawyer is.

You may receive the following damages through a personal injury lawsuit:

How a Houston Rear-End Collision Lawyer Can Help If you were involved in a Houston rear-end car accident, then an experienced personal injury attorney will be of great assistance, especially when dealing with the insurance company.

The legal team at Reich & Binstock knows how to work with the insurance company to get you the maximum compensation necessary to pay for medical expenses, lost wages, and any other damages you sustained as a result of a serious crash.

When you partner with an experienced attorney at Reich and Binstock, we’ll:

At Reich & Binstock, we know how painful it is to have suffered from a Houston rear end accident. Sometimes, the aftermath of medical bills and recovering physically and emotionally from injuries can be even worse than the accident itself. That’s why you need an experienced rear ended accident lawyer to fight for you. Call us today at 713-622-7271 or fill out our contact form for a free consultation.