Iron aids the formation of red blood cells. Oxygen moves throughout the body via these cells. Anemia is caused by a lack of red blood cells and has a variety of types. A variety of factors cause low iron levels. These include your body not absorbing enough iron from food (due to inadequate nutrition or absorption) or long-term blood loss. Injectafer is a drug created to treat low iron levels.

On July 25, 2013, the Food and Drug Administration authorized Injectafer (ferric carboxymaltose or FCM) as an injectable iron replacement medication for adult patients with “iron-poor” blood (iron deficiency anemia or IDA). There are different types of anemia, however the most common is IDA. It affects approximately 7.5 million Americans.

It’s also used for patients with non-dialysis-dependent chronic renal disease. These patients are sensitive to oral iron supplements or don’t respond well to them. The medication is the only ferric carboxymaltose-containing medicine (FCM) approved by the FDA.

However, many patients experience unpleasant and sometimes life-threatening side effects from using Injectafer. If you are hurt by this drug, you need the guidance of an experienced Houston Injectafer lawsuit attorney at Reich & Binstock.

How Do Injectafer Infusions Work?

A doctor administers two dosages of Injectafer intravenously over several minutes, at least seven days apart. If the patient’s IDA returns, treatment may be repeated. The drug is infused into patients’ bodies through a vein after it’s mixed in a saline solution. An infusion takes about 15 minutes. Medicinal iron is taken orally too.

Your physician bases your dosage on your medical condition, weight, and treatment response. Your progress is tracked with lab tests.

What are Common Iron Infusion Side Effects?

Nausea, dizziness, soreness, or bruising at the injection site are reported as frequent side effects of Injectafer. High blood pressure, allergic responses, iron overload, and hypophosphatemia (abnormally low phosphate) are also reported as Injectafer side effects. Monitoring patients for symptoms of an adverse response occurs for at least 30 minutes after an infusion.

It’s rare, but some patients who received an infusion experienced extreme, life-threatening responses such as low blood pressure, shock, and loss of consciousness.

Rash, hives, and wheezing are signs of a possible anaphylactic reaction. You should always report breathing difficulties or skin issues to your doctor.

Too much Injectafer can cause an iron overload. This happens when there is too much iron in the body. It raises the risk of diabetes, liver disease, osteoarthritis, hypothyroidism, osteoporosis, heart failure, and/or heart stroke.

If you have gray or green skin, a metallic taste in your mouth, blood in your stool, abdominal pain, hair loss, infertility, depression, persistent fatigue, or joint pain, see your doctor. You may be suffering from iron overload as a result of Injectafer.

Other Serious Side Effects

Other major side effects include difficulty breathing, rash, rapid heartbeat, itching, chest discomfort, fever, chills, swelling of the face, lips, or tongue, muscular aches, back pain, and fainting, according to the drug’s prescribing guidelines. 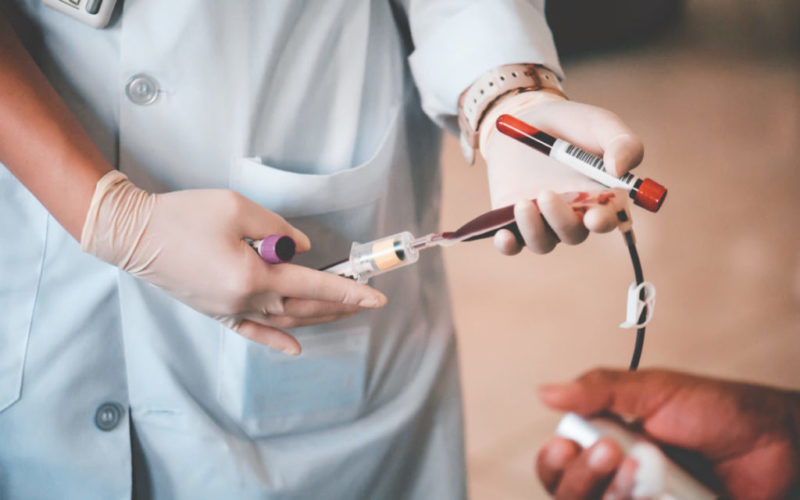 How Long Do Injectafer Side Effects Last?

The majority of Injectafer side effects are minor and go away within 30 minutes after an infusion. These include raised blood pressure along with flushing, dizziness, or nausea in some patients. However, some negative effects linger anywhere from a few days to weeks.

If the drug flows out of the administration site and into the skin, long-term skin discoloration can happen.

Hypophosphatemia (HPP) is a condition where phosphate levels in the blood are abnormally low. Phosphate is a type of electrolyte needed for a variety of bodily activities. These include producing energy, neuron function, and bone health. Based on phosphate concentration levels in the blood, HPP is classified as mild, moderate, severe, or extreme.

Per a 2016 study, more than half of ferric Injectafer patients experienced signs of HPP. It only happened in 0.9% of ferumoxytol patients (another kind of iron therapy injection). That’s according to a recent study published in the Journal of Clinical Investigation. Both iron isomaltoside (IIM) and ferumoxytol, which are other types of intravenous iron supplements, showed just 4% and 0.9% occurrences of HPP, respectively.

Typically, there are no symptoms in mild cases of hypophosphatemia. However, results of untreated severe HPP include:

Injectafer manufacturers didn’t sufficiently warn users about the drug’s hazards, despite the research showing a link between HPP and FCM. The drug’s prescribing materials mention mild side effects such as nausea, headaches, and “low levels of phosphorus in the blood.” The hazardous and potentially fatal nature of HPP is not mentioned.

Drugmakers added a warning about symptomatic hypophosphatemia to the drug’s label in February 2020.

Injectafer lawsuits claim a defective design since it dramatically raises the risk of hypophosphatemia. That’s because using this medicine, according to claims, raises the risk of HPP and severe HPP. Whether Injectafer’s maker failed to sufficiently notify doctors and patients about the drug’s elevated risk of hypophosphatemia is the main legal issue.

Although on the market since 2013, the FDA didn’t issue a warning about Injectafer until February 2020. Even so, lawsuits claim this warning is insufficient for individuals and medical providers. Plaintiffs seek damages for bodily, emotional, and financial harm.

The drug is designed, developed, manufactured, and marketed by a number of companies. Luitpold Pharmaceuticals Inc., American Regent Inc., and Daiichi Sankyo are among the defendants.

There are no large-scale mass tort settlements concerning the pharmaceutical and the hypophosphatemia link so far. However, cases like this typically take years to resolve, with teams of lawyers spending millions of dollars attempting to figure out exactly what happened and how it could have been avoided.

Large groups of settlements are uncommon until a few cases are tried in front of a jury and the manufacturer understands its financial risk. Large groupings of cases are generally merged in federal court for discovery reasons as the first step. Multidistrict Litigation (MDL) is the name for this procedure.

If you suffered HPP after an infusion, we seek the following compensation:

Anyone who took the drug as directed and was harmed by HPP adverse effects may be able to file a claim against the drug’s makers. Reich & Binstock has a successful track record of taking on the pharmaceutical industry. Please call our Houston personal injury attorneys at 713-622-7271 or fill out the contact form below for a free consultation with an attorney about an Injectafer lawsuit.